By:  Barry Friends and Bob Goldin 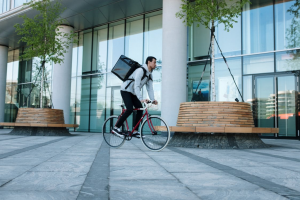 Amazon’s announcement that they will add a $9.95 delivery fee to all Whole Foods grocery delivery orders is a sign that the e-commerce turned bricks-and-mortar giant has understandably lost its appetite for subsidizing the popular service, even for Prime members.  The new fee does not apply to pick-up orders, nor will it occur when customers order $35 or more from an Amazon Fresh store (of which there are currently 16 U.S. locations).  This is a Whole Foods initiative only (at least for now).  Note that delivery drivers will not receive any of the surcharge, which is a bit surprising given the current vexing labor situation.

When asked “why?” Amazon’s reply seems genuine; basically, it is expensive to deliver groceries and with more people returning to in-store shopping, they are shifting their attention to the more profitable in-store experience.  They tested the $9.95 in several markets and presumably found it was not a customer deterrent (or at least not enough to dissuade them from proceeding).  We view that as a confirmation that Whole Foods’ delivery customers value the service and are willing to pay for it.  But we stop short of declaring “case closed,” since the broader rollout could still backfire due to a consumer backlash and/or competitive response and will likely further reinforce Whole Foods’ “Whole Paycheck” image.  Given Amazon’s admirable “fast fail” mentality, another approach(s) is certainly possible.  Suffice it to say, we see this as a bold, intelligent step that could serve as a cue to other delivery players in grocery, foodservice, and myriad other verticals that last mile distribution is costly and complex, especially in a time of accelerating logistics costs, and that in-store shopping is far more profitable.

The battle over “who pays?” for delivery has been raging among restauranteurs and retailers, 3rd party delivery providers (3PDs), and local governments for the past few years, and especially during the COVID-19 era when delivery became a life-saver for restaurants, supermarkets and many retailers¹. A back-of-the-napkin analysis would indicate that in order for a 3PD to cover costs and earn a modest profit, a $10 margin (perhaps more in the current labor malaise), on average, needs to be captured from each transaction.  By charging retailers a “commission” percentage, the 3PDs income can vary widely depending on order sizes.  A fixed fee charged to the consumer, of course, is just that – fixed and entirely predictable. 3PDs have tried to push as much of their revenue capture to their clients as possible in order to mask the cost to the consumer. And while everybody understands “there’s no such thing as a free lunch,” the appearance of one (in the form of “free” or low cost delivery service) is alluring and has been an effective means to attract customers.

As we see it, municipal efforts to impose limits on 3PD’s fees are anti-competitive.  Uber Eats, Grubhub,  DoorDash and Instacart are not an oligopoly; rather, they’re fiercely competitive players in a fast-growing segment, trying to “make a buck” (which few have achieved).  Their customers will continue to need them, and the ongoing shake-out among them will lead to some level of equilibrium in time.

On the grounds of economic “sanity,” we applaud Amazon/Whole Foods’ decision.  We do expect it to be a harbinger of things to come in last mile distribution.  While not necessarily in the best short-term interests of consumers, the ability to capture “cost to serve” will ensure a healthier, more robust B2C commerce and, ultimately, benefit consumers.