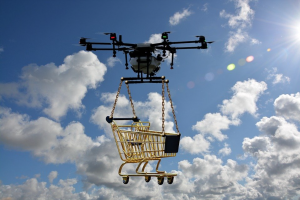 Since then most distributors haven’t thought much about competitive threats from Walmart, aside from respecting Sam’s Club alongside Restaurant Depot and Costco.  In recent times, most worrywarts have saved their sleepless nights for Amazon, with good reason, as the “Everything Store” continues to expand and diversify at a mind-numbing rate.  But while Amazon has captured the lion’s share of counter-strategic attention, Walmart has deliberately and effectively continued to evolve and improve, marshalling technology, processes, and legions of very smart people.

So here’s Pentallect’s official “head’s up” to the foodservice distribution industry.  Walmart is coming; not in a conventional manner such as was feared 30 years ago, rather, much as has been happening with Amazon, only better.  Why “better”?

Walmart’s logistics network and systems are the biggest and best on earth, including head to tail cold chain competence.  Their technology rivals Amazon’s, and they have something Amazon won’t have for a while; 4,769 stores located within 10 minutes of 90% of the US population, the same population that patronizes 13,757 McDonald’s, 1,600 Applebee’s, and ~400,000 independent restaurants.  Walmart’s 162 massive DC’s supplying 3,600 Supercenters providing same day pick up (including 3,000 with same-day delivery) and 40 dedicated E-commerce centers underscore unparalleled reach and convenience.

Industry watchdogs don’t pay much attention to foodservice operator purchase volume from retailers, but it’s a meaningful number – we estimate it to be $5 -10 billion (of which Walmart gets its fair share). Granted, it skews toward smaller operators, but it’s a rare chain store that doesn’t send an employee out for a bag of sugar or green onions when supplies run short.

COVID’s impact on foodservice has been well-documented and bemoaned, especially as relates to restaurants with shuttered dining rooms.  The fits and starts of open/close and capacity limits have wreaked havoc with supply chains and left operators scrambling for quick solutions.  And while distributors have bent over backward to help, supermarkets have come to the rescue by having inventory on hand, and being open and convenient.  So what does this have to do with Walmart?

Walmart is America’s largest supermarket chain, out-selling their next two competitors combined (around $250 billion in groceries annually). Moreover, in recent years they’ve improved their E-commerce offerings¹ such that they were one of the biggest beneficiaries of last year’s pandemic consumption shift.  Part of that shift was not just from households.  Small businesses use Walmart, too (including Sam’s) for everything from light bulbs to ground beef, and many of those smalls are foodservice outlets.  Consider for a moment that a $98/year Walmart Plus membership offers unlimited free delivery and discounted gas prices and how that might appeal to foodservice operators.  To wit, Walmart has done its homework.

Walmart just announced they’re adding dozens of automated local fulfillment centers to speed up and expand pickup and delivery capabilities. “Manned” substantially by robots, these centers are not an experiment, rather, they’re proven winners that Walmart plans to replicate in its campaign to offer what Amazon knows they also must do, provide fast and reliable, cost-competitive fulfillment of thousands of popular SKUs.  They are also conducting pilots with drone deliveries and self-driving delivery vehicles, clearly intending to be a technology leader. As “omnichannel” further permeates America’s vocabulary and economic landscape it will impact countless food industry participants, foodservice distributors included.  If/when or as Walmart re-focuses on foodservice it surely won’t be 1990 all over again. On the contrary, we see Walmart as being a formidable and effective foodservice competitor going forward and applaud the company for how it has committed itself to ongoing transformation.